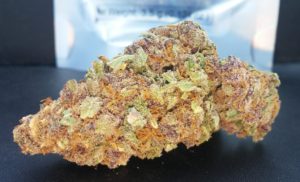 I had to take a friend to Anchorage to get his handlers card and after we visited Alaska Fireweed on 4th Ave.
As I and my friend are both friends with Ron Bass he selected one of his Calm N Collective strains to try.

Silver Buckeye has a very good appearance and delightful aroma when you open the bag, which at $75 for 3.5 grams was the most either of us have EVER paid for Buds, but that is what it is.

We were told by the delightfully attractive bud tender that this was a “Dummy” strain, that after a few hits you would start feeling dumb. OK, what the hell, we had all the important stuff finished so we could afford to get a little stoopid.

We went down by Ship Creek and found a quiet place to park (BECAUSE THERE ARE NO ONSITE CONSUMPTION AREAS!!) and loaded a bowl. Nice purply and sparkly goodness and the first toke was “Mmmm…OK.” and then on the second toke we both caught a good cough and decided that three hits was going to be just about right for the first go.

15 minutes later we were both well satisfied with the purchase (me more than him because he shelled out the dough!) and went about some Anchoraugua shopping for an hour or so. Before leaving for the Valley we pulled into a secluded spot that will go un reported (did I mention there is NO PLACE to legally smoke in Alaska other than YOUR HOME?) and finished off the bowl with a small kicker of fresh Silver Buckeye added in. Two good tokes and I was in the zone, a couple more and I would have been out looking for mushrooms in the woods for a while.

A hat tip to Ron Bass and the crew at Calm N Collective for a very nice strain, JDK Brands for good packaging and to Alaska Fireweed for having one of the best shops in Anchorage. We’ll be back! (My second time there now) 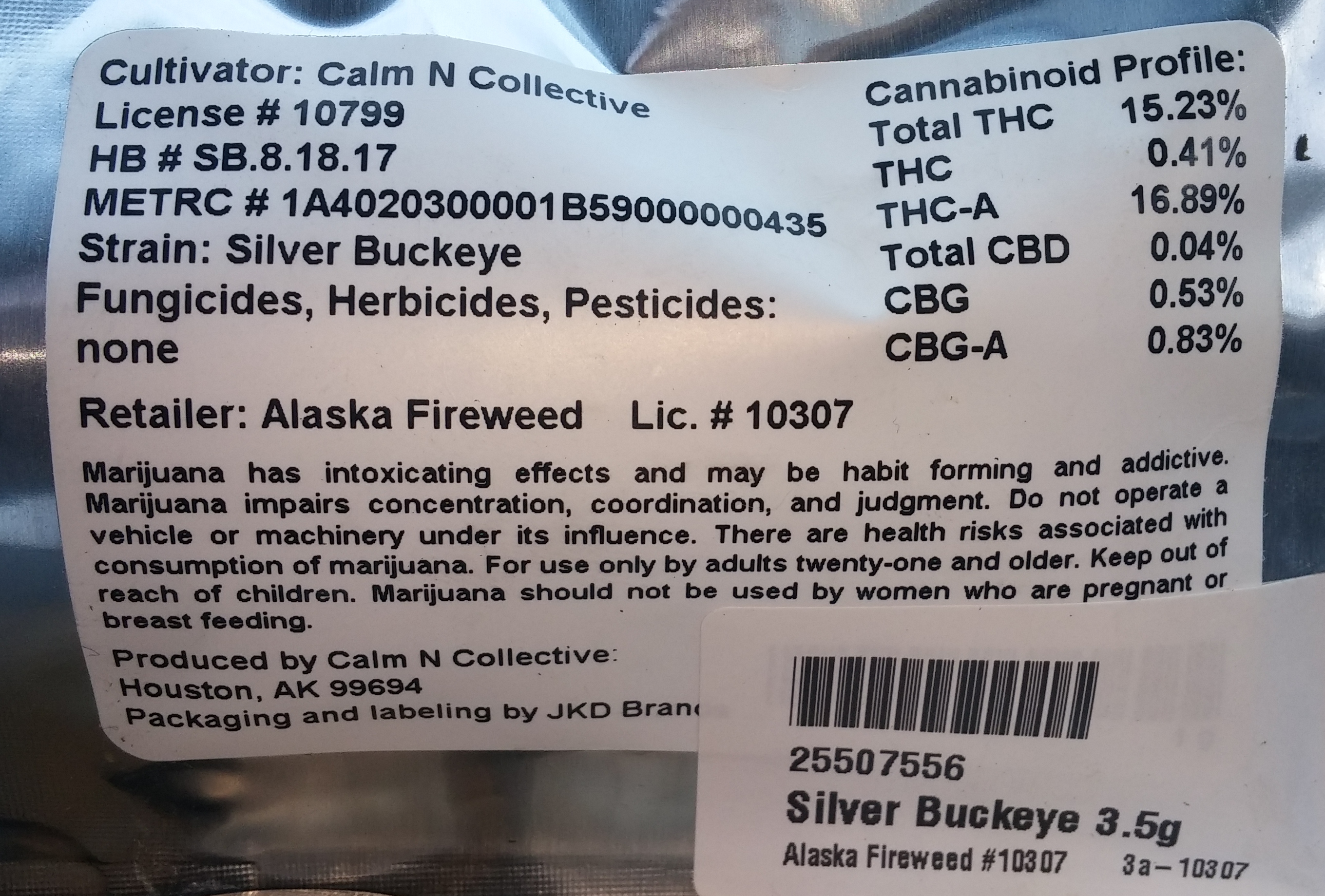 ... other posts by Stoney